Riding a motorcycle is a practical and fun way to travel. Unfortunately, motorcycles provide almost no protection if you are involved in an accident. To learn more about how to recover compensation after a motorcycle accident, or for help making a claim, contact a Denver motorcycle crash lawyer at Levine Law today. 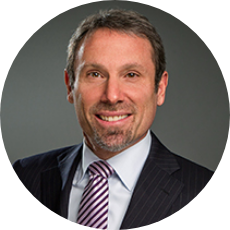 It is common for motorcycle riders to be thrown from their bikes and to suffer serious injuries or death in a collision. Motorcycle accidents are tragic not only because they cause serious injury or death, but because they often occur due to a driver’s negligence or carelessness. It is especially heartbreaking when a motorcycle accident could have been avoided because a driver simply did not pay attention or navigate the road in a safe manner. Under Colorado law, when a motorcycle crash is caused by driver negligence, the irresponsible driver can be held legally liable and must compensate the accident victims. Your Denver motorcycle crash lawyer will work diligently on behalf of injured motorcyclists to help them seek their due damages.

Traffic Violations are Not Complete Bars to Financial Recovery

Contrary to popular belief, if you are injured while violating a motorcycle safety law or other traffic safety law (i.e. if you were speeding at the time of the accident), this does not serve as a complete bar to financial recovery. While a safety law violation may be considered evidence of negligence, (i) your violation may or may not have contributed to your accident or injuries, and (ii) even if you were negligent, you may still be entitled to a partial recovery.

This right to a partial recovery exists under Colorado’s law of “modified comparative fault.” In Colorado, as long as you are less than 50 percent at fault in an accident, you can still seek financial compensation for your injuries. However, your recovery will be reduced by your percentage of fault. So, for example, if you are deemed 25 percent at fault for passing within another vehicle’s lane, you would still be entitled to collect 75 percent of your accident-related losses.

Safety Law Violations are Not Necessarily Evidence of Fault

Let’s say you were riding your motorcycle without proper eye protection at the time of your accident. Let’s also say that you were relatively lucky, and your only injuries were road rash and a broken bone in your leg. In this case, you would likely have a strong argument that your failure to wear eye protection is irrelevant to your claim for compensation.

The Dangers of Motorcycle Accidents

Motorcycles and drivers of passenger cars are expected to share the road in a safe way and obey the same traffic laws. Unfortunately, drivers often do not see motorcycles or do not know how to safely share the road with them, leading to disaster.

Common causes of motorcycle accidents include:

While motorcycle riders certainly make mistakes, often it is the inability or unwillingness of passenger car drivers to share the road that leads to an accident. Your Denver motorcycle crash attorney will identify all potential criteria for liability and fight for your compensation.

One common factor in many of these accidents is that other motorists often say they did not even see the motorcycle before the crash. That means that even the most experienced and cautious motorcycle riders can be at risk whenever they hit the road.

At our law firm, our Denver motorcycle accident attorneys have helped people injured in a wide variety of crashes. Some types of collisions are particularly unique to motorcycles, which is important to understand in order to consider your rights and options after an accident.

Lane splitting commonly refers to situations in which a motorcyclist rides between two lanes, with cars and other vehicles on each side traveling in the same direction. It often happens when a motorcyclist rides over the dashed white lines to navigate slow or stand still traffic.

Critics of the practice say it is dangerous and can cause accidents, while supporters see lane splitting as a safe way to improve the flow of traffic.

Although anyone who has driven in Colorado has probably seen lane splitting, the practice is currently illegal, as it is in every other state with the exception of California. Motorcyclists who split lanes are subject to tickets and fines.

Lane splitters may also be considered negligent and legally responsible for any accidents that happen. Even if you did not actually cause the accident, it can be difficult to prove that another driver was in fact negligent without the help of a Denver motorcycle crash lawyer.

These crashes commonly involve motorcycles when other motorists fail to see bikes coming. They often happen when motorcycles are traveling at high speed, leading to serious injuries and even death.

Like other types of accidents, left turn crashes often involve competing versions of how the collision happened depending on who you ask. That is one reason why it is vital to have a seasoned personal injury attorney in your corner. A motorcycle accident lawyer can gather police reports, witness statements and other evidence to detail how the crash happened and identify those responsible.

Crashes with an Open Door

Getting “doored” is an unfortunately common occurrence for motorcyclists. These crashes can cause serious injuries and significant property damage.

As the name suggests, open door accidents happen when a vehicle door opens into a passing motorcycle. In some cases, a motorcyclist may successfully swerve away from the door, only to spin out or collide with other nearby traffic.

Although the person opening a car or other door has a responsibility to check for oncoming pedestrians and vehicles, proving that he or she is legally liable for an open door crash can be complicated. Motorcyclists are expected to remain aware of their surroundings and travel at speeds that allow them to react to opening doors and moving traffic. Still, a driver who parks illegally or pops open a door in a rush may be considered negligent.

Colorado’s sometimes harsh weather can also play a role in motorcycle and other accidents, particularly during the winter months when snow falls and roads become slick. Whether it is fog, wind, rain, snow or ice, these conditions pose a particular threat to motorcyclists. Bikes are often easier to lose control of than other vehicles and foul weather can make them harder to spot for other motorists.

That is not to mention falling temperatures. When the weather turns cold, temperature drops can reduce tire pressure and make motorcycles harder to steer.

Anyone who has been on a motorcycle already knows that it is definitely not just like riding a bike. Inexperienced motorcyclists are prone to making mistakes on the road that can have devastating consequences.

It is important to understand that one person or entity may be to blame in an accident. Under Colorado’s modified comparative negligence system, a person who is partially to blame for a motorcycle or other crash can still seek some compensation for their injuries as long as they are not deemed 50 percent or more responsible for the accident.

What Our Clients SayAbout Our Denver Motorcycle Crash Lawyer According to the National Highway Traffic Safety Administration (NHTSA), 70 percent of motorcycle crashes stem from automobile drivers failing to watch for and avoid motorcyclists. That being the case, the Colorado State Patrol offers a few suggestions for riders to help them avoid accidents. Some automobile drivers may or may not know the rules when it comes to sharing the road with bikes and motorcycles. While it is more difficult to see a bike or motorcycle as opposed to an automobile, it is still imperative for drivers to keep certain information in mind when driving on the road.

Over the last 10 years, motorcycle fatalities have doubled. We at Levine Law want everyone to stay safe and avoid accidents where possible. If you or someone you love has been involved in a crash while on a motorcycle, bike or in an automobile, do not hesitate to call our office for assistance from an experienced Denver motorcycle crash lawyer. When a motorcycle accident occurs because a driver breaks the rules of the road or acts carelessly, that driver can be held legally liable for his actions. Liable drivers can be made to compensate the accident victim for medical costs, lost wages, pain and suffering, emotional distress and other damages. If the motorcycle accident was fatal, then surviving family members can sue for wrongful death damages.

To successfully obtain compensation, the injured motorcyclist must prove negligence and show that the other driver was at fault. An experienced accident lawyer at Levine Law can help you gather the proof you need to build a strong case. Our attorneys have more than 20 years of experience representing injured victims in motorcycle and auto accidents.

To learn more about how a Denver motorcycle crash lawyer at our firm can help you, call us today at 303-333-8000 or contact us online to schedule a free consultation.